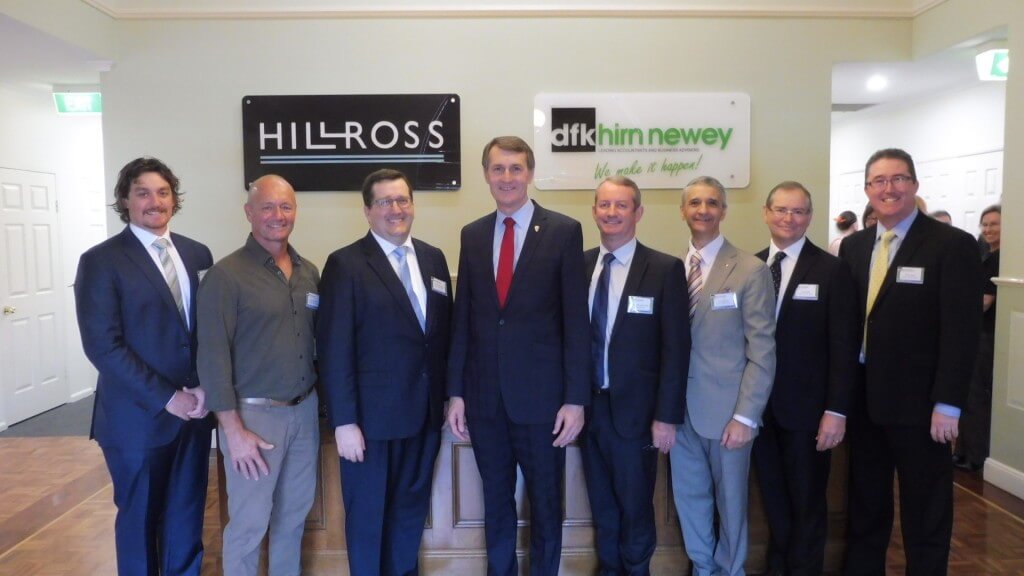 On 11 October 2016 DFK Hirn Newey had the honour of welcoming Lord Mayor of Brisbane – Graham Quirk and Councillor Adam Allan, back to the Hirn Newey Building, to officially welcome The BKO Group to the Nundah Business Community!  After touring the office, the Lord Mayor expressed his appreciation of the thought that had gone into the design of the Hirn Newey Building, which acknowledges the rich heritage of Nundah, blending in with the historic Toombul Shire Hall next door.

DFK Hirn Newey and BKO staff enjoyed talking with the Lord Mayor and Cr Allan over morning tea and would like to thank them for taking the time to meet with us. Special thanks also to Architect Michael Fiumara and Builder David Battistin (also in attendance), who designed and constructed the new BKO offices in our building.