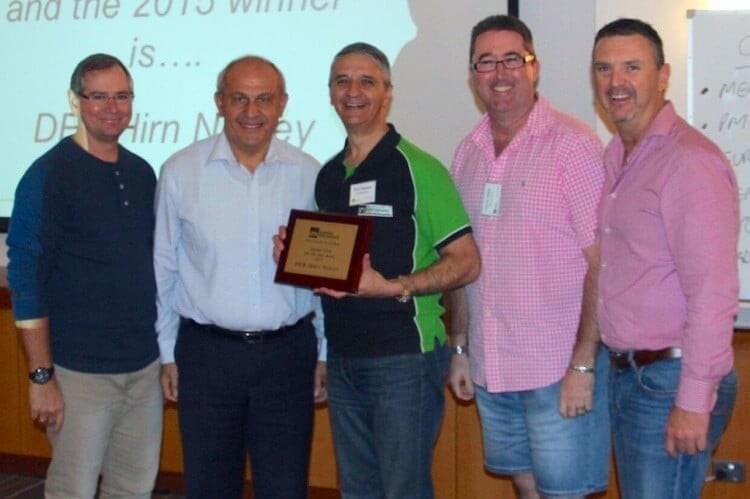 DFK Hirn Newey was recently awarded the DFK Australia New Zealand (DFK ANZ) Firm of the Year Award 2015. The award was presented to the Partners of the firm (Paul Haupt, Paul Fiumara and Gavin Johns) by DFK International President, Dimitriz Dimitriou who had flown from Cyprus to attend the Annual DFK ANZ Conference held in Byron Bay.

Not only did our firm win “Member Firm of the Year”, but Partner Gavin Johns was also awarded the Chairman’s Award 2015, for his commitment and contributions as a member of the DFK ANZ Board. The Partners and Staff of DFK Hirn Newey were extremely proud to have been presented with these awards and look forward to many more successes in the future.