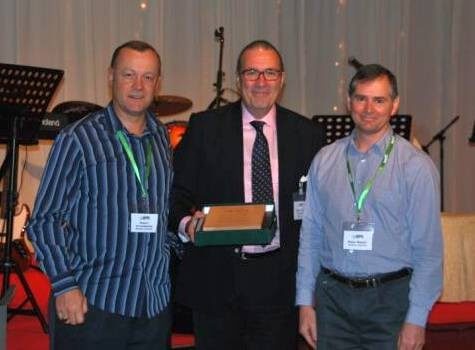 DFK Hirn Newey beat 41 other firms from 17 countries from across the Asia-Pacific region in winning the award.

The award recognised the strong contribution DFK Hirn Newey has made to the ongoing success of the DFK Asia-Pacific network.

DFK Hirn Newey Director Paul Haupt said the award was a great reflection on all the staff at the firm.

“Since joining the DFK network in 1992, we have been an active member that has worked closely with numerous other DFK network members to improve the way we deliver services to our clients,” Paul said.

“All of our Directors have served on DFK Boards and Committees over the past 18 years to further strengthen the DFK network brand and operations in the Asia-Pacific region.

“Being a member of such a strong and progressive affiliation network allows us to deliver significant value-adding services to our clients. As a DFK network member we can access some of the world’s leading views on business management, IT and taxation to supplement our in-house expertise. This enables DFK Hirn Newey to provide the best possible advice to our clients at all times.

“We are delighted to win the award and I would personally like to thank all of our clients and our dedicated team for their continued support.”