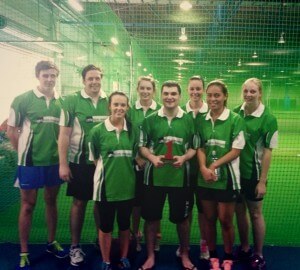 Congratulations to the DFK Dunkers on finishing runners up in the QLD ICAA Netball Carnival on Sunday, 20 October 2013. After finishing second in their pool on 4 wins, and 1 draw the DFK Dunkers played a great game against Hanrick Curran to make it to the championship match!

They met Crowe Howarth in the final, playing a nailbiting close game and going down by only 3 goals.

A great game played by all!