The team here at DFK Hirn Newey would like to wish Director Paul Haupt, a very Happy 60th Birthday for this month. 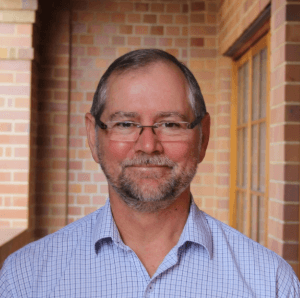 In 2018, the ATO issued a controversial draft ruling which took a very strict stance on the four-year time limit for claiming input tax credits and fuel tax credits. The ruling had been used by the ATO to deny input tax credits and fuel tax credits where the Commissioner of Taxation made a decision outside the four-year period on an objection or amendment request, even where the objection or request was made within the period. However, a recent observation by a judge ruling on a related matter has put the ATO’s strict stance in doubt and as a result the ruling (Draft Miscellaneous Taxation Ruling MT 2018/D1) has been withdrawn.

Where the Commissioner makes a decision on an objection or requests for amendment in relation to input tax credits and/or fuel tax credits outside the four-year period but the initial objection or amendment request was lodged within the time limit, the taxpayer will no longer be automatically denied the credits in situations where the decision is in the taxpayer’s favour.

As a result, any taxpayer that the draft ruling has affected is encouraged to contact the ATO.

On 20 January 2020 the ATO announced an extension of the tax assistance package for people impacted by the 2019–2020 bushfires in New South Wales, Victoria, Queensland, South Australia and Tasmania.

Commissioner of Taxation Mr Chris Jordan said the 3.5 million businesses, individuals and self managed super funds (SMSFs) in the impacted local government areas will have until 28 May 2020 to lodge and pay BAS and income tax returns. This additional time is on top of the two-month extension previously granted.

Additionally, the ATO said it will fast-track any refunds that are due to taxpayers in the impacted regions. For example, businesses expecting a refund as a result of GST credits due to large purchases to replace stock are encouraged to lodge their activity statements at the first opportunity. The ATO will also remit any interest and penalties applied to tax debts since the commencement of the bushfires.

TIP: A complete list of the impacted areas is available at www.ato.gov.au/individuals/dealing-with-disasters. If you have been affected by the bushfires in a postcode not currently in the list, you can use the ATO Emergency Support Infoline to ask for tailored help: phone 1800 806 218.

In response to the recommendations of the Banking and Financial Services Royal Commission and the ASIC Enforcement Review Taskforce Report, the government has proposed new enforcement and supervision powers for ASIC to restore consumer confidence in the financial system, particularly in relation to financial advice. These new powers include enhanced licensing, banning, warrant and phone tap powers, all designed to ensure that avoidable financial disasters uncovered during the Royal Commission are not repeated again.

While the Banking and Financial Services Royal Commission seems long ago in the minds of many, the people who have been financially affected by dubious practitioners will no doubt carry the scar of mistrust for life. This is precisely why the government has introduced new laws which will give ASIC new enforcement and supervision powers in relation to the financial services sector: to weed out the “bad apples” and restore consumer confidence.

The Tax Avoidance Taskforce was originally conceived in 2016 to ensure that multinational enterprises, large public and private business pay the right amount of tax. The Taskforce’s main role is to investigate what the ATO considers aggressive tax avoidance arrangements, including profit shifting.

No-cost strategies to increase your super

With all the pandemonium of the new year, your super is probably the last thing on your mind. However, this is precisely the right time to think about implementing some strategies to increase your super for the coming year.

Currently, 5.8 million people in Australia have two or more super accounts. Every year the ATO runs a postcode “lost super” campaign to help raise community awareness. As a consequence of the 2018 campaign, more than 66,000 people consolidated over 105,000 accounts worth over $860 million. For the latest campaign, the ATO has created tables of lost and unclaimed super per state and postcode that anyone can access.

Finding and consolidating your lost super with your active account means you’ll pay fewer management fees and other costs, saving you in the long term.

Another easy way to grow your super is to make sure the super fund that you’re putting your money into is performing well. Recently, the regulator of super funds, the Australian Prudential Regulation Authority (APRA), released “heatmaps” that provide like-for-like comparisons of MySuper products across three key areas: investment performance, fees and costs, and sustainability of member outcomes. While the ultimate purpose of the heatmap is to have trustees with areas of underperformance take action to address it, they can also be an invaluable resource in choosing the right super fund.

To be eligible for superannuation fund tax concessions, self managed super funds (SMSFs) must be maintained for the sole purpose of providing retirement benefits to members. This is known as the sole purpose test. Failing the test could expose trustees to civil and criminal penalties in addition to the SMSF losing concessional tax treatment.

Previously, it was thought that any benefit provided directly or indirectly to members or related parties of an SMSF from an investment would contravene the sole purpose test. However, a recent Full Federal Court decision will provide some flexibility to trustees on certain investments. The Court decided that an SMSF investment in a fund to acquire a fraction interest in a property to be leased at market rent to the member’s daughter did not breach the sole purpose test.

While the Full Court found the SMSF had not breached the sole purpose test, it ultimately ruled against the trustee, finding that the investment was an in-house asset and breached the 5% limit. Crucially, the ATO warned it may still apply compliance resources to scrutinise whether an SMSF investment in fractional property investments contravenes other legal requirements.

The proposed $10,000 economy-wide cash payment limit has understandably elicited some confusion. While the proposal is not yet law, once enacted it will be a criminal offence for certain entities to make or accept cash payments of $10,000 or more. This is intended to combat the use of cash in black economy activities.

Chief among the questions is to what extent personal transactions will be included in the limit. The government has now released information outlining the circumstances in which the limit would not apply in relation to personal or private transactions.

Among other categories, payments relating to personal or private transactions (excluding transactions involving real property) would not be subject to the limit. Cash gifts to family members (as long as they are not donations to regulated entities such as charities) and inheritances are likely to be exempt. In other words, it is unlikely you will be prosecuted if you give your family members a lavish cash wedding gift or help your kids with a house deposit that happens to be over $10,000.

However, if you occasionally sell private assets (eg a used car) you may need to be careful and take reasonable steps to ascertain whether the other party is acting in the course of an enterprise. 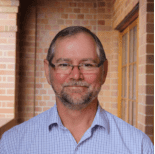 IMPORTANT:  Information contained in this newsletter is not advice. Clients should not act solely on the basis of the material contained in Client Alert. Items herein are general comments only and do not constitute or convey advice per se. Also changes in legislation may occur quickly. We therefore recommend that our formal advice be sought before acting in any of the areas. Client Alert is issued as a helpful guide to clients and for their private information. Therefore it should be regarded as confidential and not be made available to any person without our prior approval.
Liability limited by a scheme approved under Professional Standards Legislation